The Rebirth of Ollech &amp; Wajs (OW), with a New Collection of Access - ow-watch

The Rebirth of Ollech & Wajs (OW), with a New Collection of Accessible Tool Watches Some names might not ring a bell with a broader audience, but can still be well-known and highly respected in some collectors’ communities. Ollech & Wajs, a Swiss brand born in 1956 and specialized in tool watches, is a case in point. It took more than 10 years to convince Albert Wajs to pass on his brand… but Ollech & Wajs (OW) is back on track with a new, cool collection of accessible tool watches (in short, the brand’s speciality for decades).

In 1956, Albert Wajs and his friend Joseph Ollech formed a partnership and opened a watch shop in Zurich. At first they distributed timepieces from Breitling and Omega but eventually decided to establish their own brand: OWZ, for Ollech & Wajs Zürich.

Joseph Ollech handled the commercial side of the brand while Albert Wajs was more on the technical side of things in this venture – although he was not a trained watchmaker.

Albert Wajs quickly realized that OWZ should specialize in the assembly of reliable and accurate mechanical watches. He favoured movements with solid reputations, from ETA, Dubois Dépraz, and Valjoux. He also sourced robust stainless steel cases from Maison Étienne. Desiring strictly functional and legible dials, he obtained his supply from the Frères Lender du Locle, while the tritium hands were picked from Universo, in La Chaux-de-Fonds.

In 1959, the first watches were launched, with a focus on pilot, dive and tool watches in general. 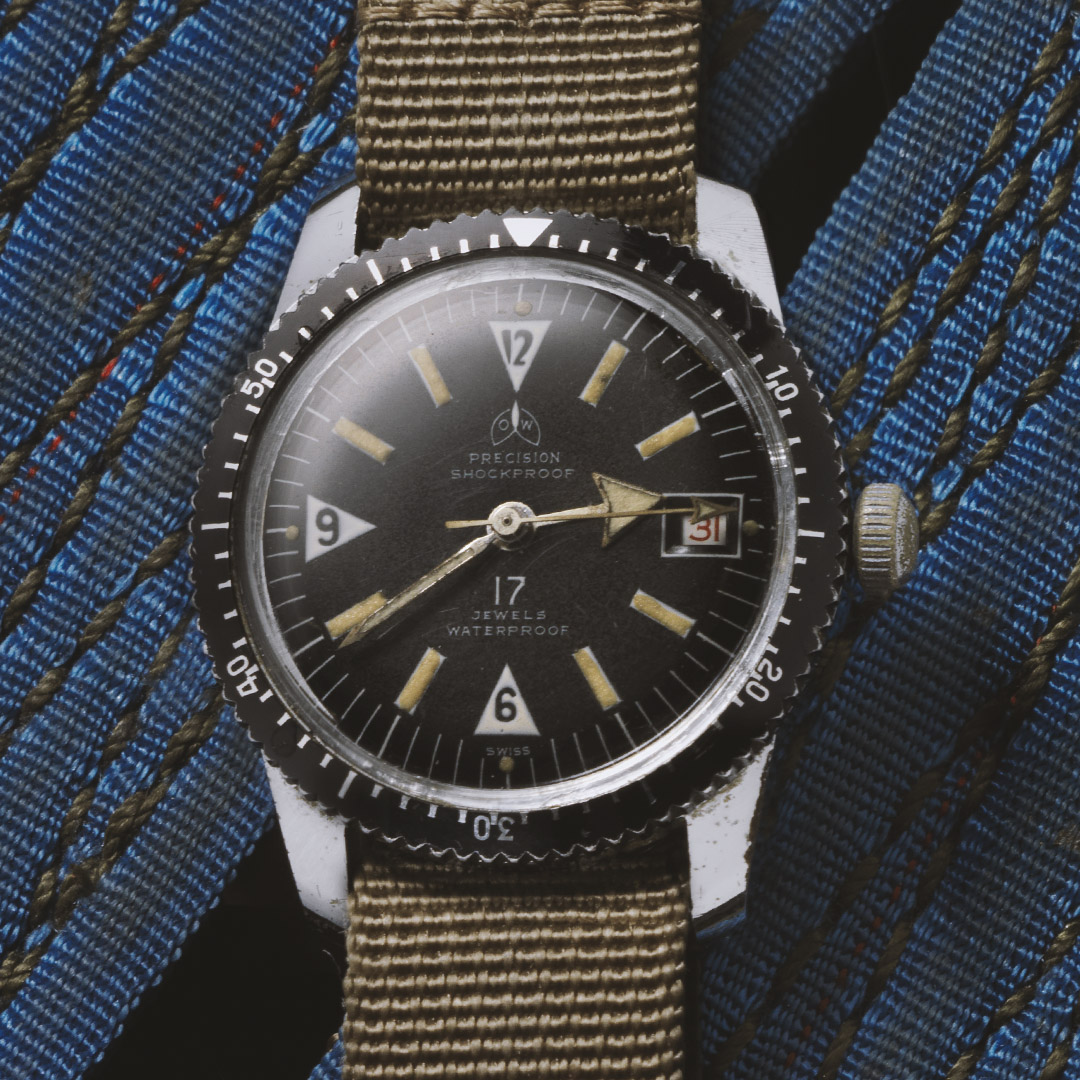 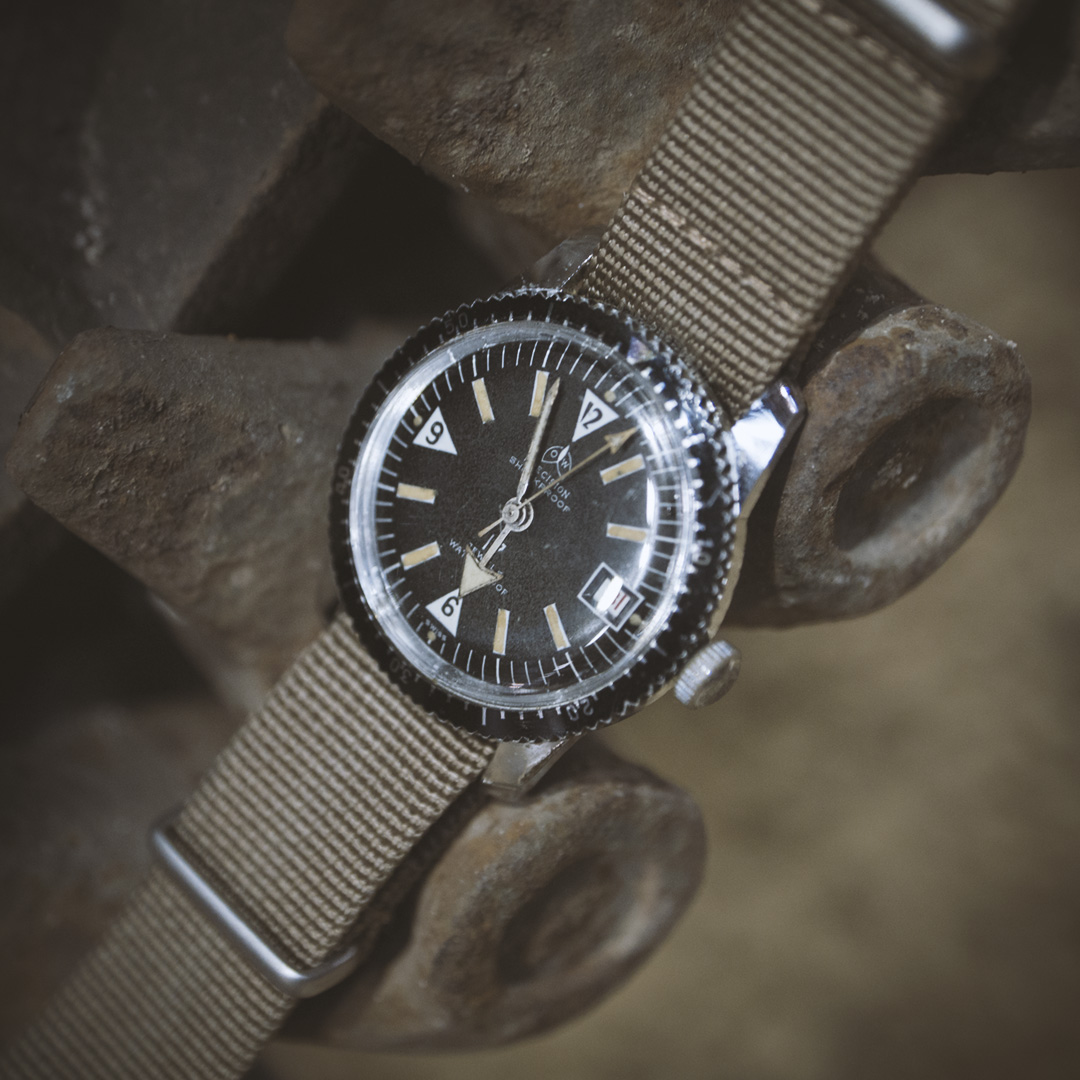 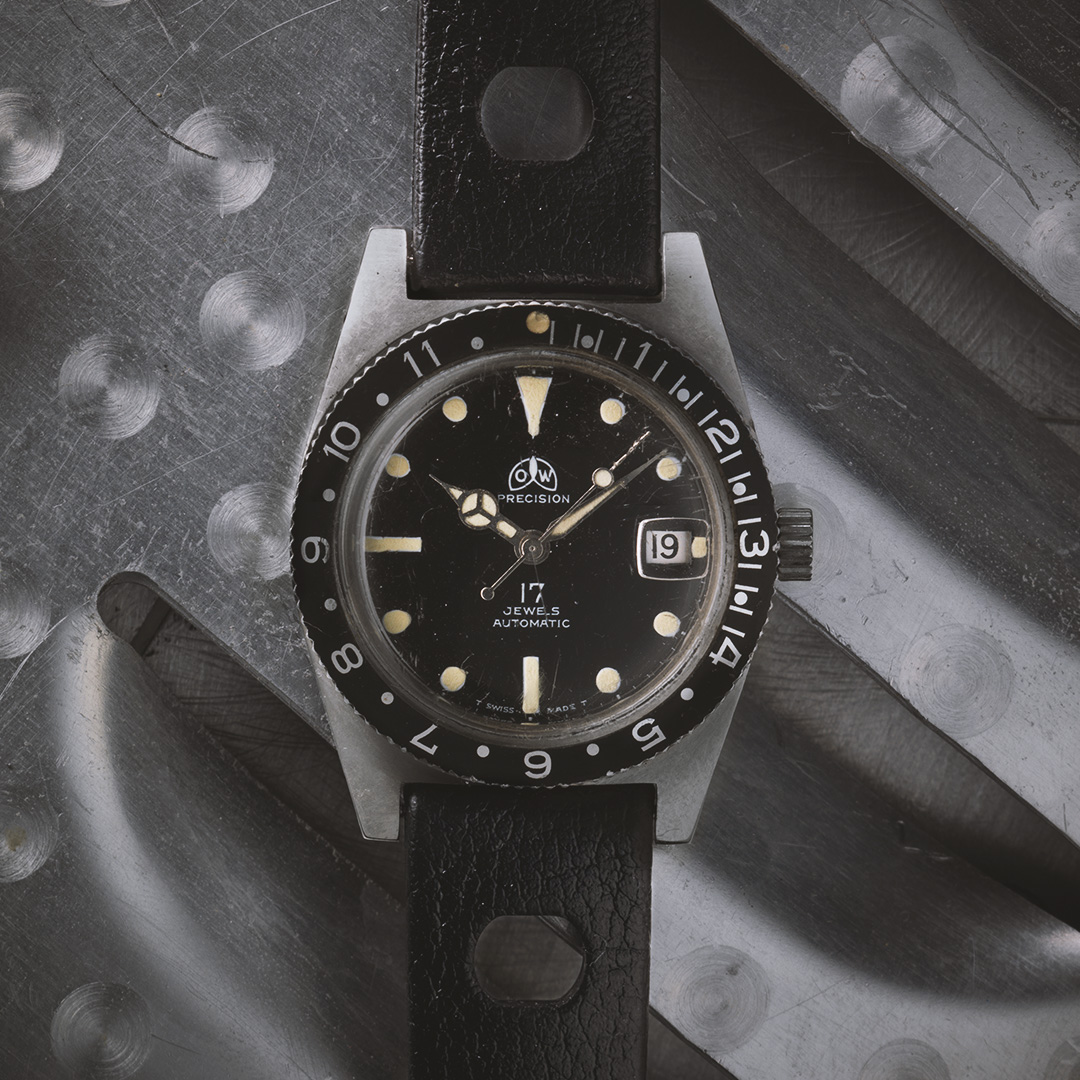 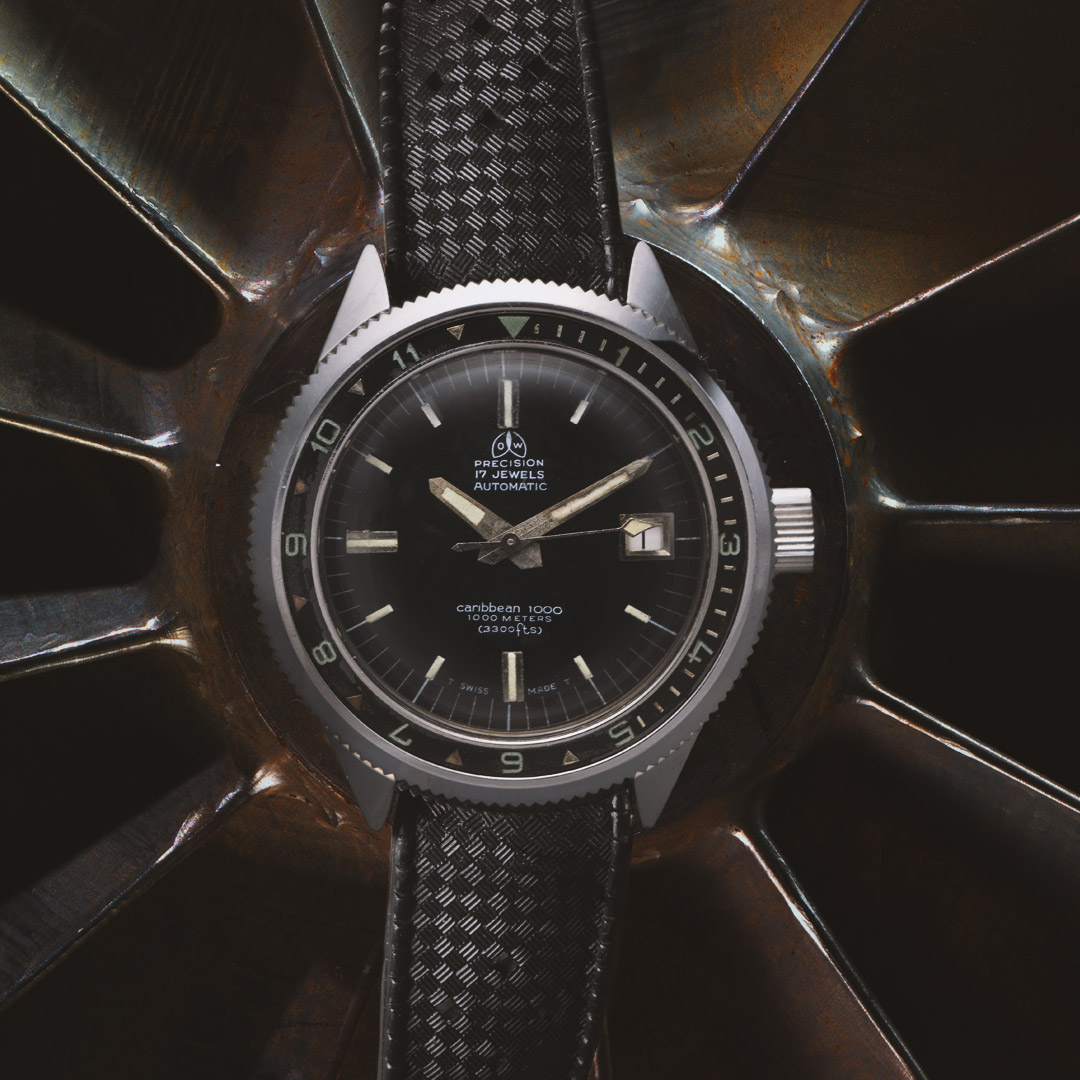 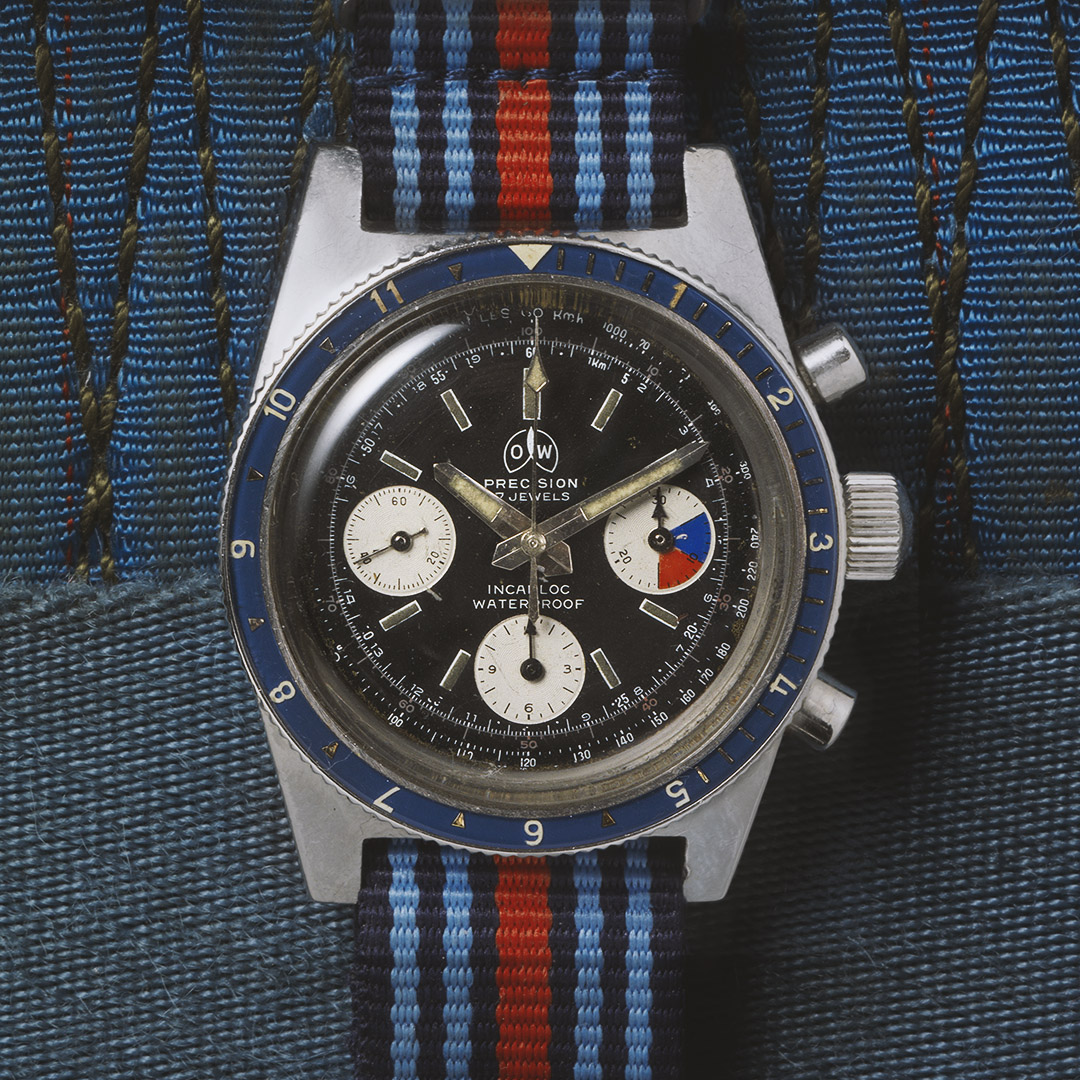 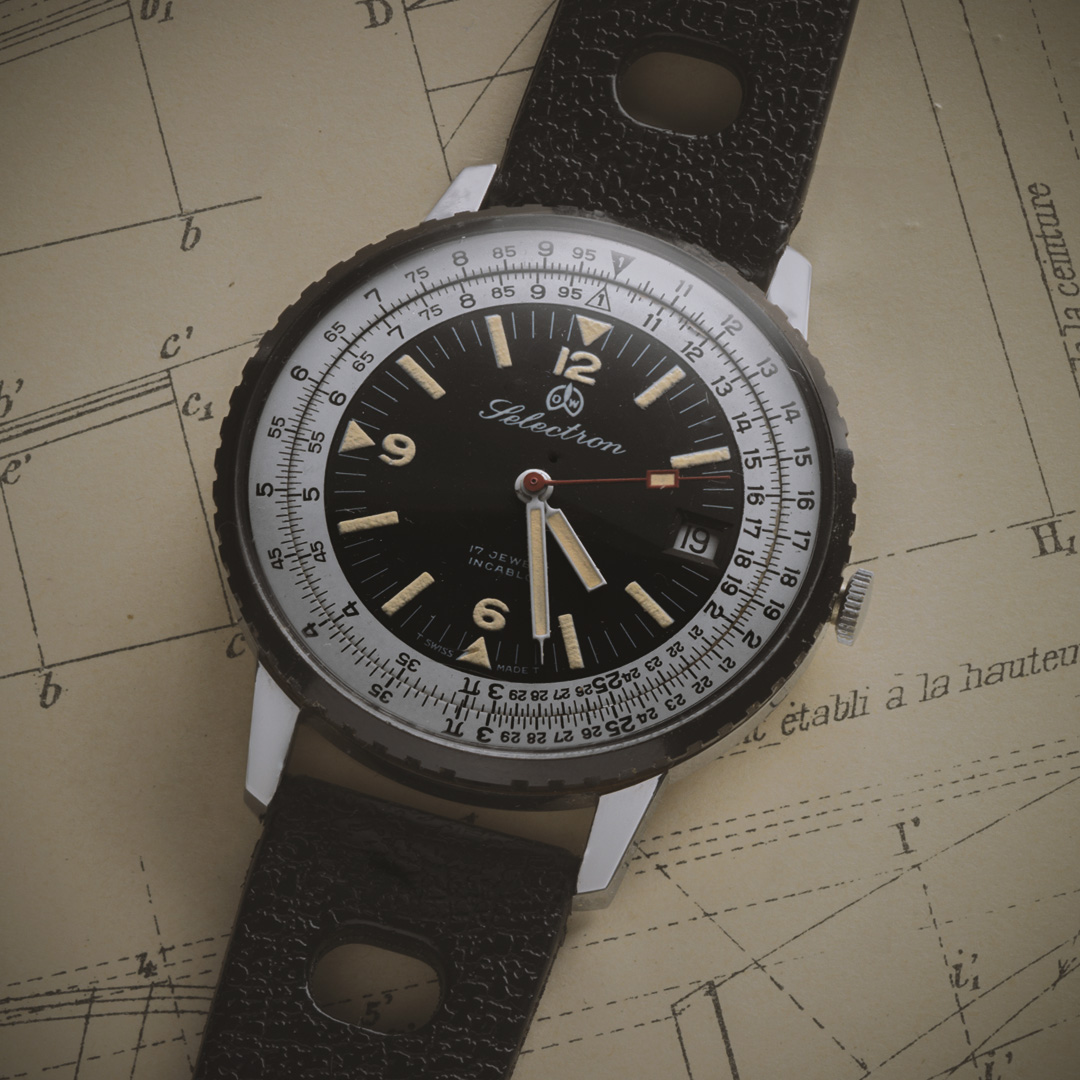 The brand gained fame and respect among soldiers, divers and pilots around the world, producing over 10,000 watches a year by the end of the 1960s. Ollech & Wajs focused on tool watches during the 1970s with new 3-counter chronographs and an updated Caribbean diver.

Still, with the arrival of quartz watches, production dropped to 2,000 units a year. Albert Wajs continued to dedicate himself to the production of mechanical watches, without once assembling a single battery-powered watch. 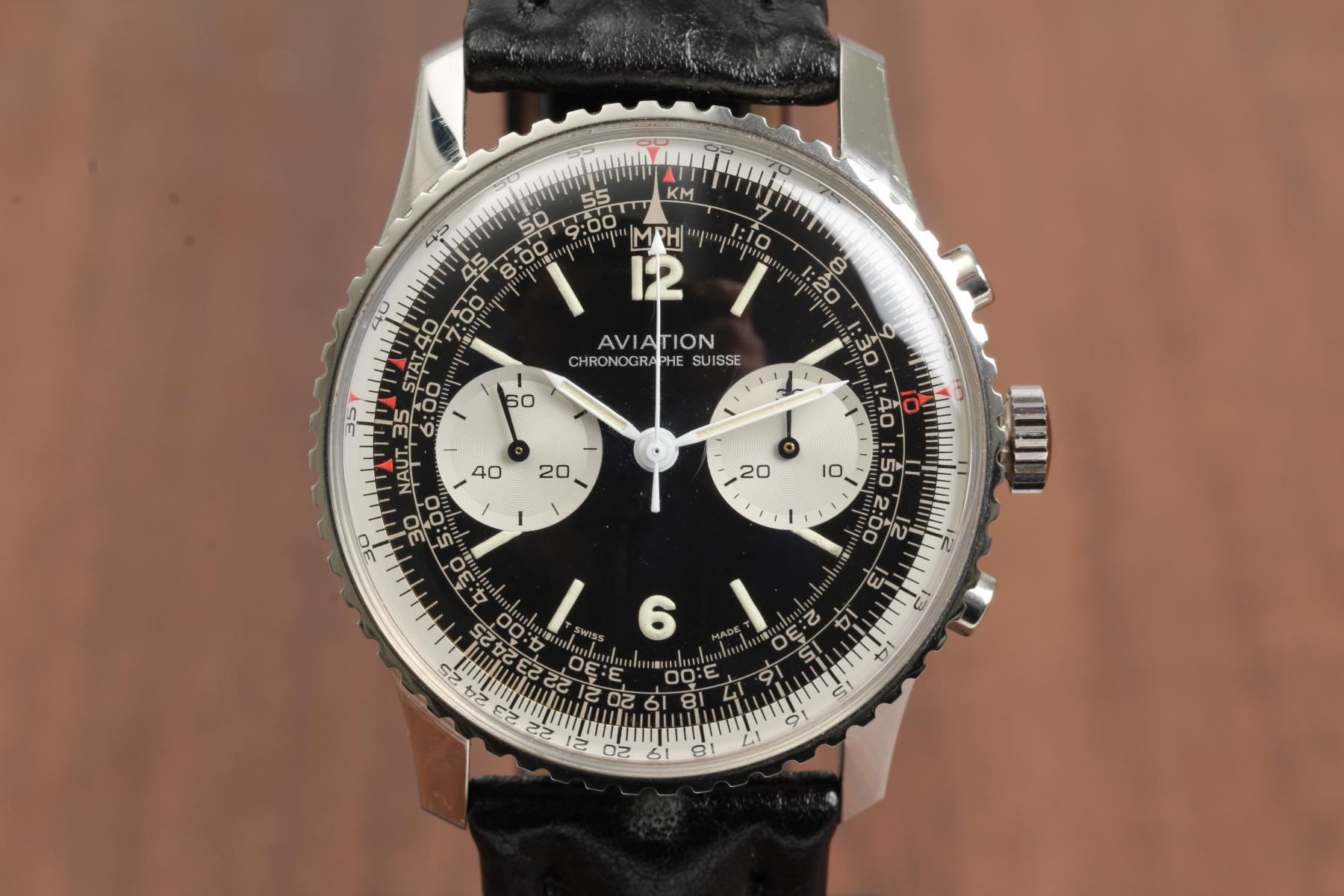 In 1978, as Breitling shut down its operations, Ollech & Wajs (along with Sinn) bought stocks and equipment from the famous watch brand. Albert Wajs then resumed production of the Navitimer, under the brand name Aviation, for over two decades.

After Joseph Ollech died in 1992, Albert Wajs started a new company, OW, which designed and produced a new line of sports watches – with the same pilot/diver focus the brand was respected for.

2017, after a lifetime of work and ten years of exchanges and networking, Albert Wajs passed on the OW brand to a trusted and dedicated collector who shares the same values and long-term vision for the brand.

THE REBIRTH OF OLLECH & WAJS WITH NEW, ACCESSIBLE TOOL WATCHES

When relaunching Ollech & Wajs, the idea was clear: keeping the same spirit as before, meaning tool watches with pilot, diver or military inspiration, tried-and-tested mechanical movements only, a style reminiscent of older models, utilitarian design, reliable habillage and relatively accessible prices. Note that over 90% of the components used are Swiss.

It all got started with a case, which could easily be adapted to future developments. Shared by all models, the case is a robust 39.56mm stainless steel base, stamped and later fully brushed (in the Swiss Jura) with a screw-down crown and caseback to provide 300m water-resistance. Both of the new models feature a highly domed sapphire crystal and a stainless steel rotating bezel – again, a feature that can be easily exchanged to create different tool watches.

When creating Ollech & Wajs, the founders immediately knew that outsourcing movements provided the best combination of accessibility and reliability. Today’s Ollech & Wajs (OW) watches still rely on outsourced movements from ETA – in this context, the automatic ETA 2824, with 25 jewels, 28,800 vibrations/hour and 38-hour power reserve. It features a personalized Ollech & Wajs engraved mainplate and a rotor with the OW logo.

Two watches have been launched to mark the rebirth of the brand. Both are utilitarian, tool watches with a clear tribute to past models. The first one, the OW P-101, is a direct homage to the MC Donnell F-101, the very first fighter jet in service capable of exceeding 1,000 mph, setting a world record in 1956. As you would expect, the watch has a strong military/pilot personality.

The dial of the OW P-101 is uncluttered and functional, with large baton markers and bold hands, all filled with luminous material. The dial is brown, an ode to vintage patinated watches, and old-radium tinted indexes echo the vintage inspiration. The unique and original hands are also in line with the DNA of older Ollech & Wajs watches. 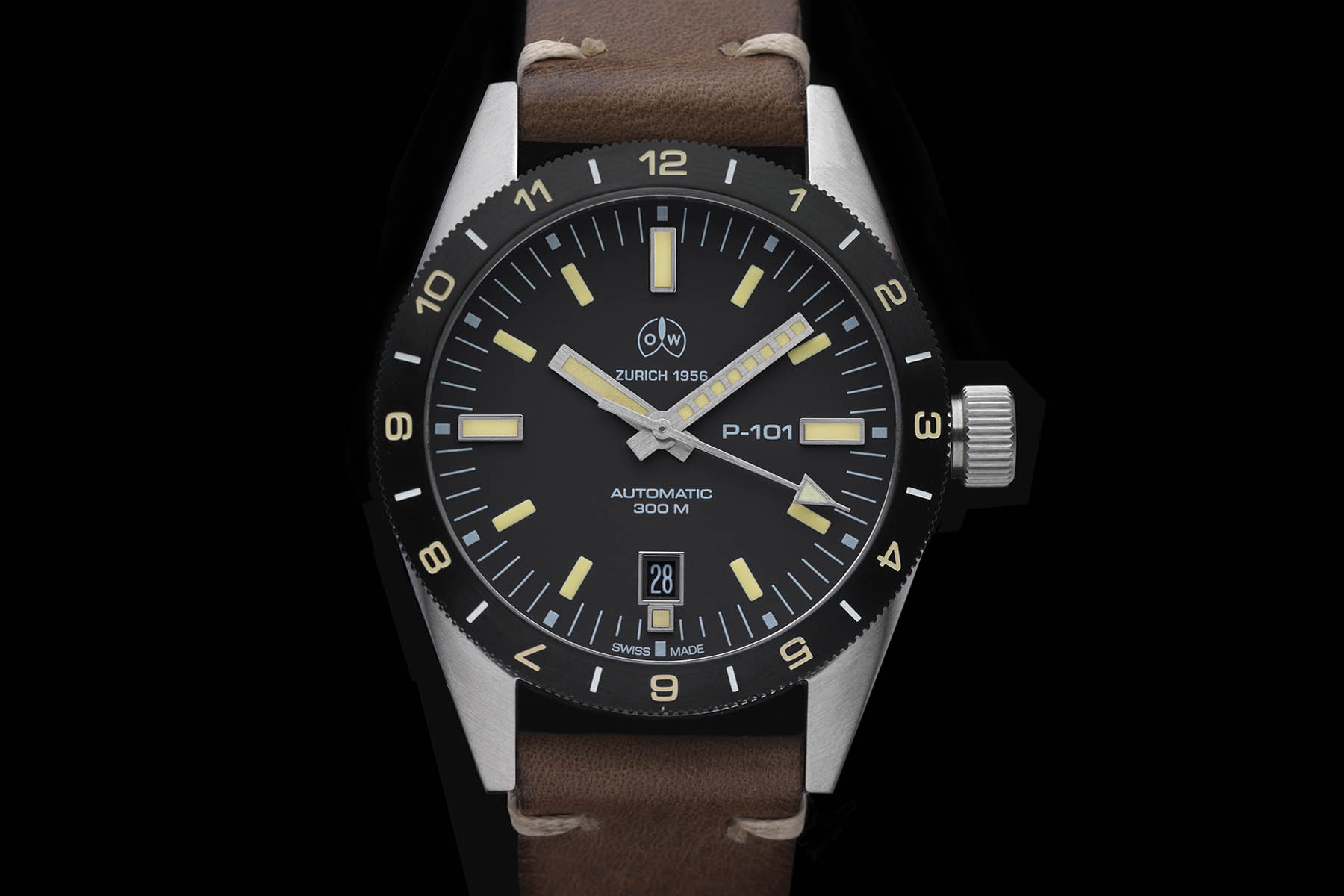 This model is equipped with a bidirectional pilot’s bezel with a 12-hour scale. As mentioned, inside is an ETA 2824-2, with date. The watch comes on a natural leather and linen (origin Great Britain) strap and comes with a 3-year warranty. The Ollech & Wajs OW P-101 is now available to order on OW’s e-shop, at CHF 956. It will also be distributed via a network of certified watchmakers. The initial 56 pieces will be individually numbered.

The second model is the Ollech & Wajs OW P-104. While still based on the same case as the OW P-101 (39.56mm x 12.5mm), this watch is inspired by the Lockheed F-104 Starfighter. In this instance, it is the successor of the Selectron line of aviator watches produced by Ollech & Wajs.

The main difference here is that the slide-rule bezel on this watch is designed to help military and commercial pilots perform calculations allowing them to measure speed and distances, to calculate flight time or fuel consumption. This watch features a complex black rotating bezel as well as a grey inner flange to report calculations.

The dial of the OW P-104 is matte black with oversized markers and alternating white and orange details for maximum legibility. The hands are also quite original, with a stylish black and orange minute hand. To complement this military/pilot style, the watch is worn on a striped fabric NATO strap. Inside the case is an automatic ETA 2824-2 with date.It comes with a 3-year warranty. The Ollech & Wajs OW P-104 is now available to order on OW’s e-shop, at CHF 1,056. It will also be distributed via a network of certified watchmakers. The initial 56 pieces will be individually numbered.

More details and orders at ow-watch.ch.