In 1958 Alberto Novelli was forced to make a difficult and unforeseen career choice — whether to continue as a dental surgeon or become a professional deep sea diver. A dilemma few people, if any, have faced before or since.

Eight years earlier, Alberto Novelli, a medical school graduate, had been making quite a name for himself as an outstanding skin diver in the Bay of Naples. ‘Apnea’ (or ‘freediving’, as it would become known) — the phenomenon of descending vertically on a single breath — was the ultimate measure of a skin diver. In 1949 a remarkable record of -30m had been established by another Italian, Raimondo Bucher. Novelli and his spearfishing friend, Ennio Falco, felt sure they could beat it. For the next two years, they applied the same analytical rigour to their endeavour as Novelli had applied to his academic studies. On 1 February 1951, he and Falco set a new record of -35m — a depth that, despite several attempts, would remain unbeaten for five years.

In the early days, there was no governing body or official federation. Competitive freediving was not yet the global sport it would become. It was viewed by many as a reckless pursuit, practised by impetuous young men who were prepared to stake their lives in a dangerous game of one-upmanship. No responsible organisation would sanction such a foolhardy activity.

Novelli’s knowledge of human physiology, together with his calculated approach, brought a degree of intellect and respectability to proceedings. His methodical preparation included calmly hyperventilating to purge his body of carbon dioxide which he believed helped him overcome the need to breathe for longer. The medical establishment, however, remained convinced that any diver attempting to better the record would, owing to the pressure, suffer crushed lungs and inevitable death. Novelli had evidently ignored that memorandum because, in 1956, he and Falco set another freediving record, of -41m. This was a record that would not be surpassed for another five years.

Already local heroes, Novelli and Falco had now gained national recognition and had become unknowing principal members of what would later be coined the ‘Neapolitan school’, from which several legends would graduate. It was at this point that Novelli had to decide whether to return to his dental work, or to take the plunge, to become one of the world’s first elite deep sea divers.

The allure of the ocean was powerful, like a distant siren beckoning Novelli into the deep. There was no reasoning with it — he realised that his immediate destiny lay not in the sterile surroundings of the dental surgery but out in the vast, unexplored wilderness of the Gulf of Naples and beyond.

Novelli was determined to go deeper than anyone had ever gone before, with or without air. In 1958 he filed for a patent on a piece of underwater breathing apparatus that would enable him to do just that. By 1959, his invention — a revolutionary new ‘two stage’ regulator — was being marketed by Pirelli as the ‘Explorer’. This was a system that would increase the dive time of a standard air tank by 80%. On an overcast day in April that same year, two and a half miles off the coast of Nisida, Novelli, Falco and fellow surgeon Dr Cesare Olgiaj used the Explorer to complete a dive that would make headlines around the world and cement their place in dive folklore. Witnessed by officials from the government, the Office of Scientific Research and the Italian Navy, Novelli descended to a record-obliterating depth of -131m. For context, that was well beyond the maximum operating depth of any World War II submarine. 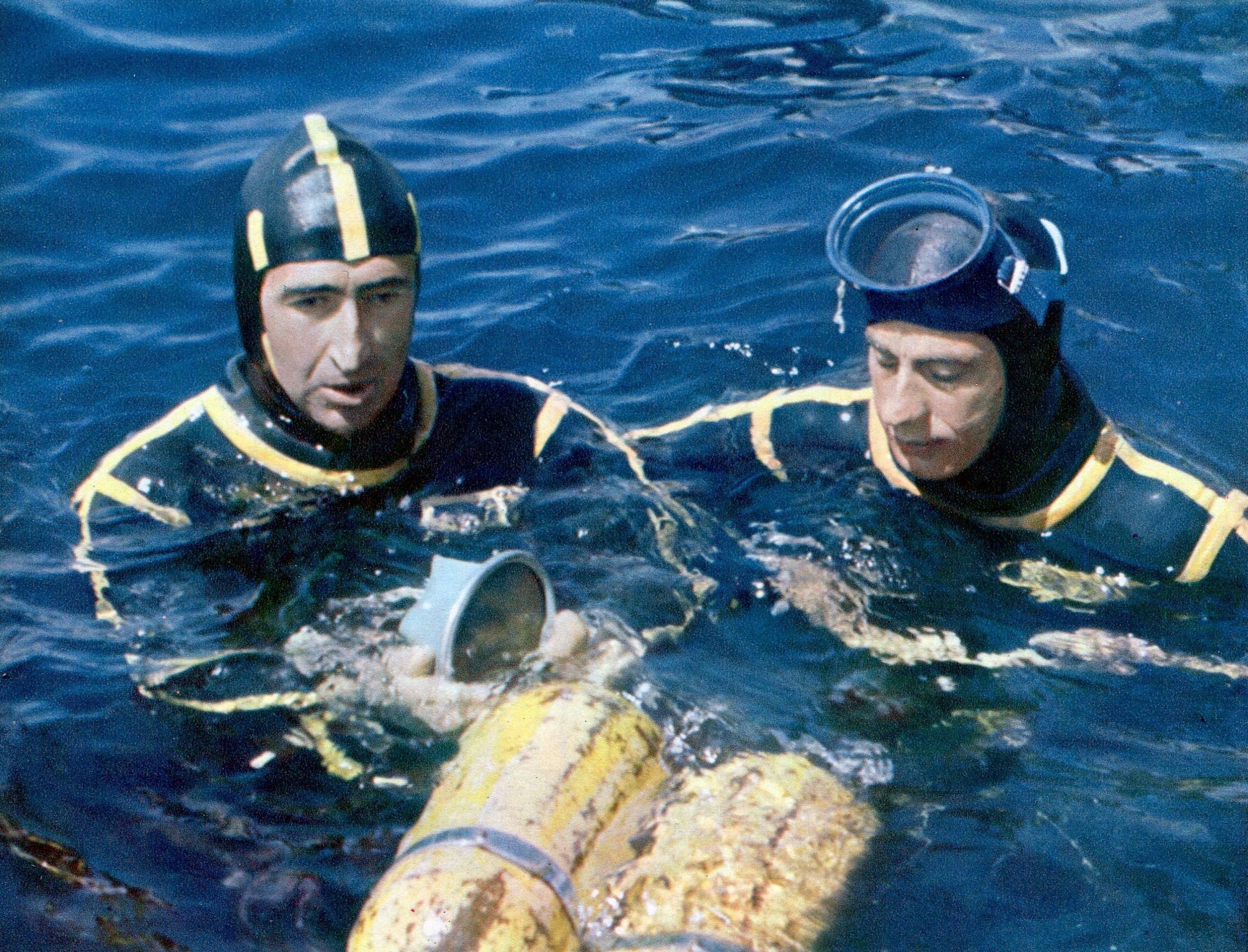 Novelli and Falco return to the surface triumphant after completing a record breaking dive of -131m in 1958. (CREDIT: MONDO SOMMERSO 1958)

For Novelli though, it was always about more than another statistic in the record books. This apparatus now gave him access to an underwater world previously off limits to humans — submerged caves as large as Gothic cathedrals, hidden for millennia; wrecks of lost ships; mythical Roman ruins; and never before observed flora and fauna, including precious red coral (‘red gold’, as it was known), which at the time was to be found in abundance at depth.

The new-found fame meant that all three divers were now in high demand, and they were flooded with a multitude of opportunities to test their specialist diving skills. Over the next decade, Novelli led archeological, oceanographic and commercial dive teams, and became a consultant to Underwater Exploration of Italy. He was also involved in more onerous but no less challenging operations, to locate and recover remains of pilots shot down in deep water during WWII. Daily life was a stark contrast to the comparative safety of the dental surgery. The only teeth Dr Novelli would routinely see belonged to mako sharks, and the cavities he was inspecting harboured conger eels and other denizens of the deep.

Alberto Novelli (and Cesare Olgiaj) began working with Ollech & Wajs in 1963, during the development of the OW ‘caribbean 1000’ Precision range. It logically follows that a company intent on building a record-breaking dive watch would partner with record-breaking divers. The ‘caribbean 1000’ and other prototypes accompanied Novelli and Olgiaj into the abyss on many adventures, and their observations and expert insight would provide OW back in Zurich with a constant flow of data on how the watches were performing at depth. The two elite divers also featured in the OW Precision catalogue in the late 60s. 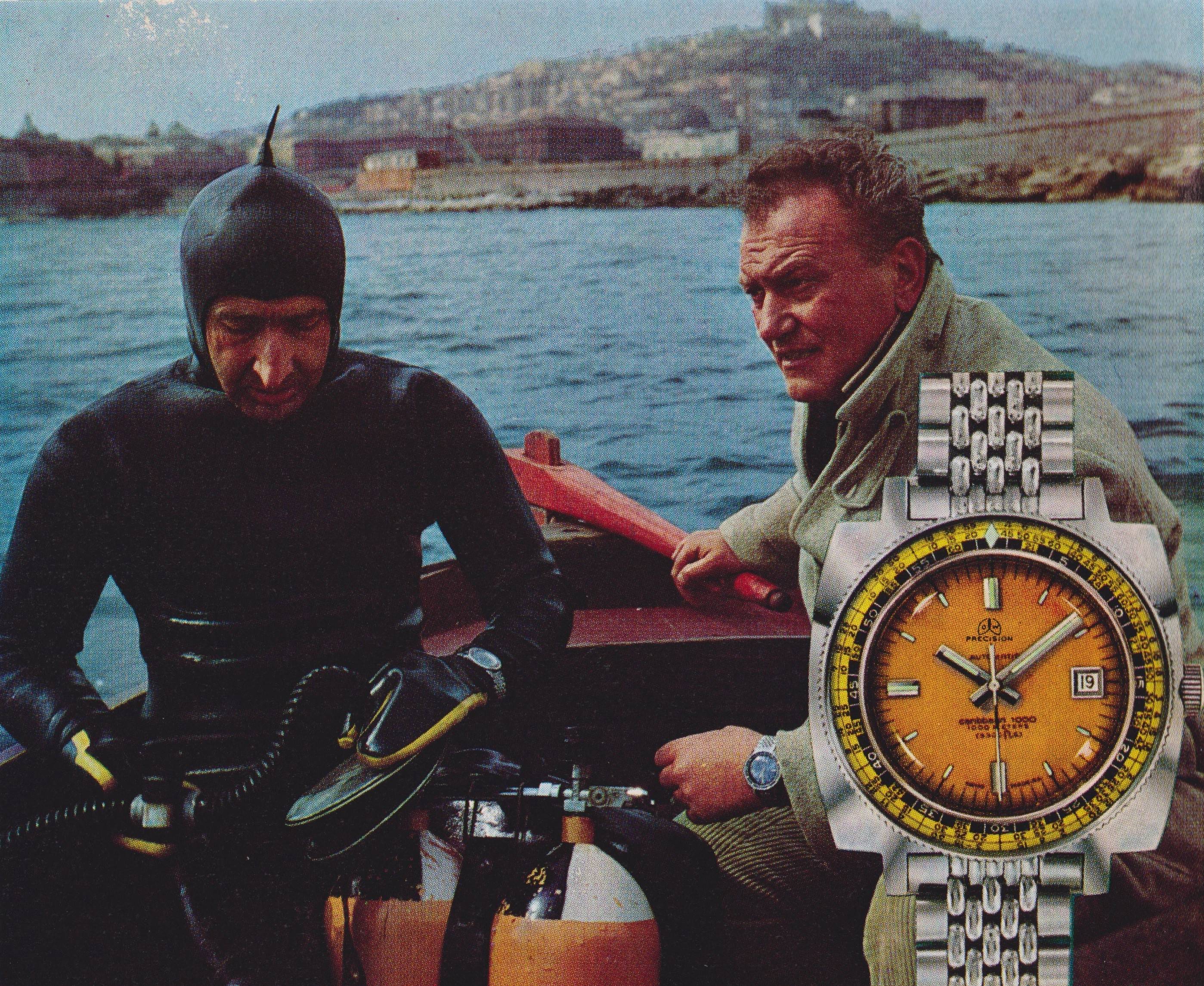 Novelli finally decided to hang up his fins — professionally, at least — and resume dentistry sometime in the late 70s. At his small practice in Prato, Tuscany, wearing his crisp, white smock, Dr Novelli looked no different from any other dentist. The only clue to his past was a beat-up OW ‘caribbean 1000’ watch on his left wrist, scarred by countless encounters with rusting wrecks and abrasive reefs. Many of his patients may not even have been aware that the man peering into their wide-open mouths was a world record breaker, explorer and inventor, and one of the greatest and most influential divers of his generation.

They probably just hoped he was good at curing toothache. 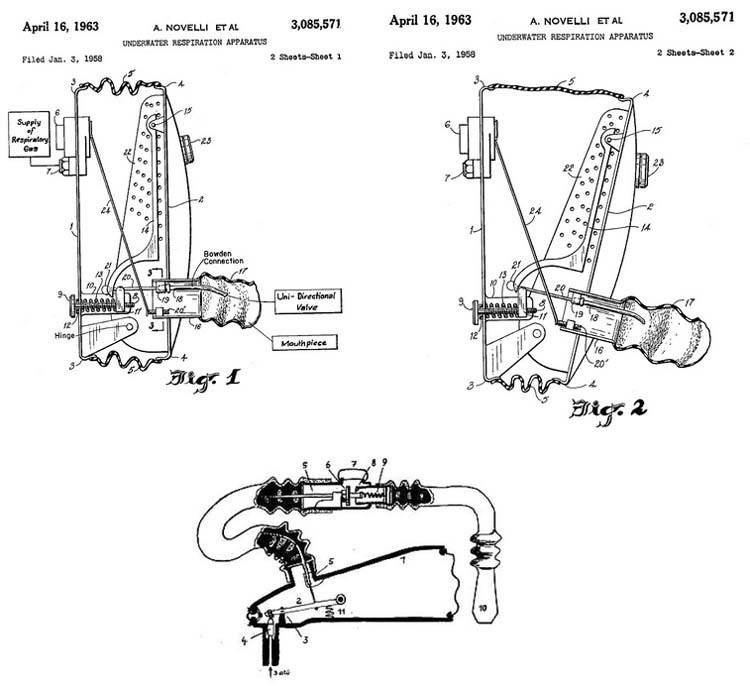 Novelli’s revolutionary new ‘two stage’ regulator, which would be marketed by Pirelli in 1958 as the ‘Explorer’ 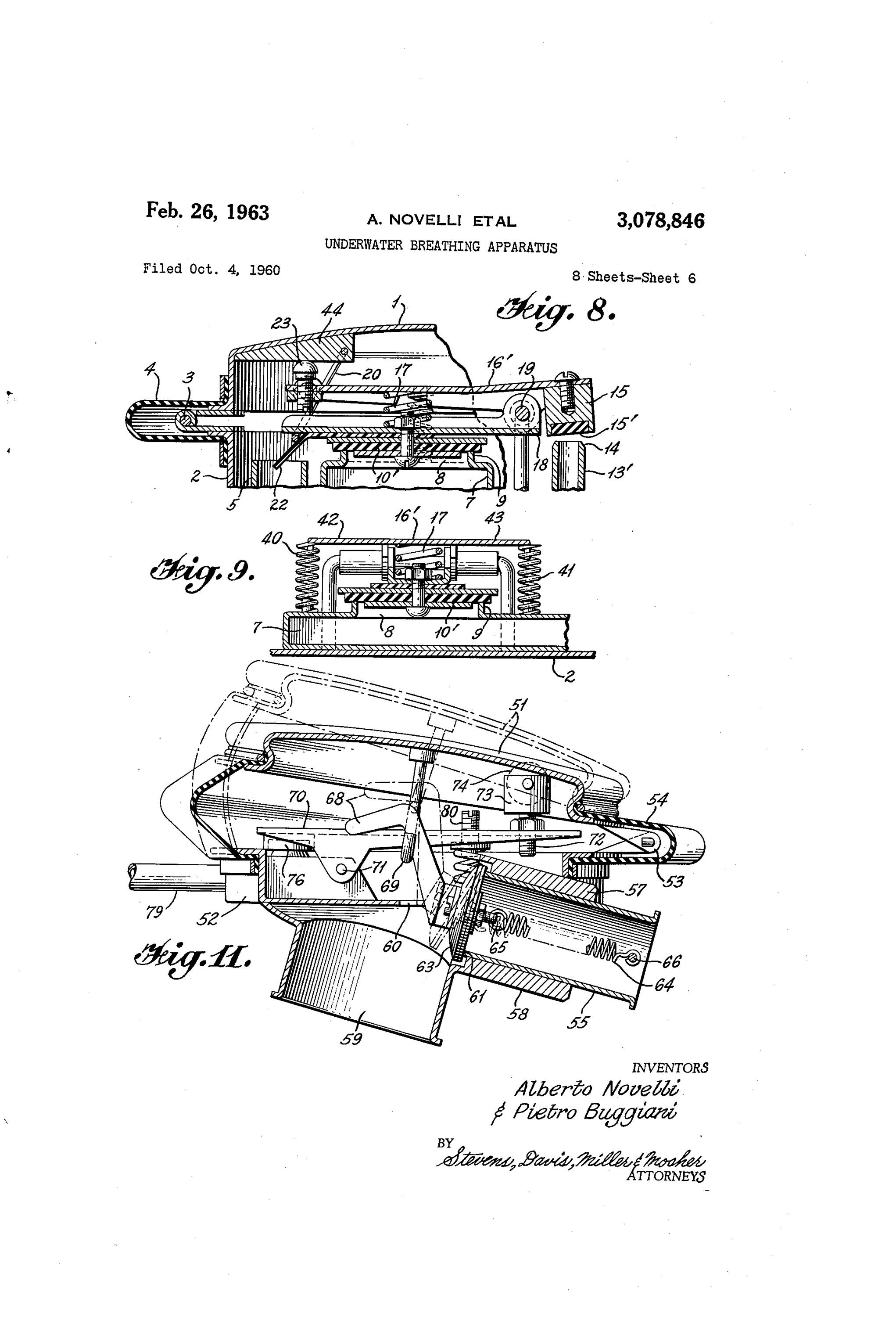 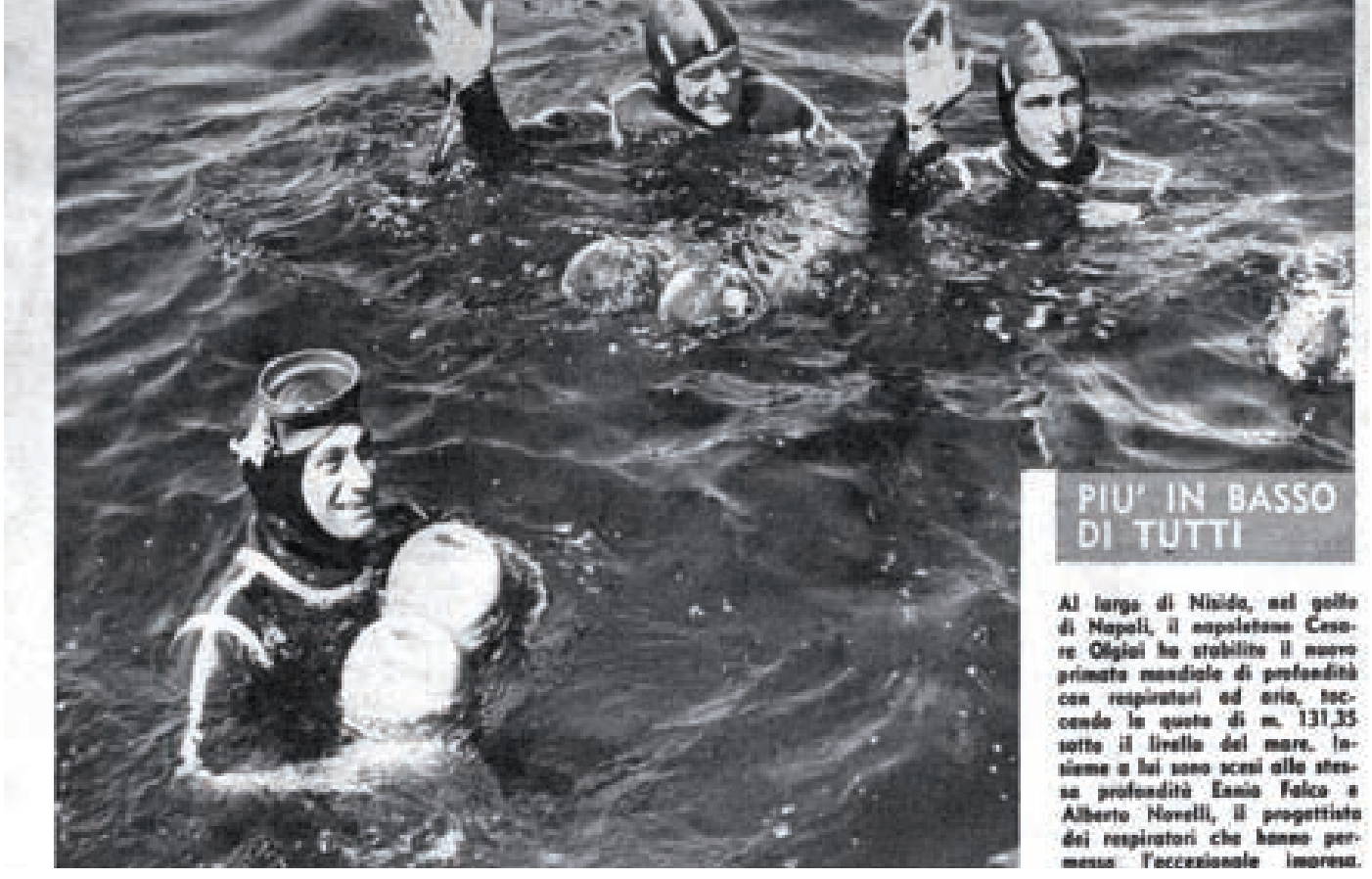